My name is Darcy & this is my story “Life with Ataxia” my journey to diagnosis. I was born July 26th 1992 & I was considered a developmentally delay child. I was late to walk, talk & use motor skills. I started school in the special education programs. I was a transfer student throughout my schooling up until about 7th or 8th grade. I would move around to different schools in different areas while I lived in another district or area. I was in a variety of special education programs such as speech & language support then later the autistic support,  learning support & emotional support. I started having strange symptoms around age 9-10 years old & they started out as occasional “dizzy spells” that would happen about twice a year but as time went on the dizziness became worse & more frequent. I then started having additional symptoms with the dizziness, where I would become nauseous & throw up. Vomiting & vertigo became severe at times where I couldn’t stop throwing up. It would interfere with my schooling & daily activities. I then would have blurry & double vision as well & my eye muscles would feel like they would tighten. People would tell me that my eyes would do strange things like pupils dilating & eyes crossing. I would frequently get headaches. These symptoms would happen in “episodes” & last several hours at a time. I then started having issues with my balance & feel uncoordinated, at times I had difficulty walking in severe cases. The nurse at school would frequently have to get a wheelchair for me to take me where I needed to go, such as the bus at the end of the day. It was convenient because my mother drove a bus to my school at the time. This happened in High School. Despite all this, I participated in Chorus, School Musicals & Fall Play as well as went on Chorus trips to New York City & Chicago. 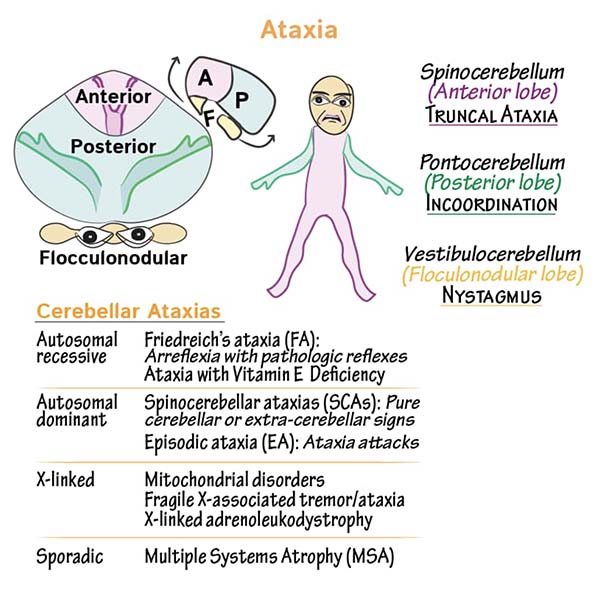 Growing up I was quite often going to the doctor & doctor to doctor. I had tests done after tests, with several MRI’s, I had EEG’s, EKG’s , Blood Work to try to figure out what was wrong with me. Unfortunately, they found “NOTHING ” My blood sugar was checked, my heart was checked, I was checked for Seizures but NOTHING showed. Even my MRI’s were considered normal. I even went to the Psychiatrist. The only test that showed positive was a Tilt Table test I had done at the Cleveland Clinic Ohio Cardiac Center. I had occasional “fainting” spells growing up but fainting never became a huge problem. It wouldn’t happen frequently. I was then diagnosed with Pre-Syncope condition & was put on blood pressure medication I’m not currently taking. My family then was investigating inheritable Ataxia that has been in my family for generations. Many of my family members had the same symptoms. The only difference between my situation & theirs was that they had an abnormal MRI that showed Cerebellar Atrophy among additional symptoms in between episodes like issues with balance. I was then seeing an eye doctor & he told me to come in during one of my bad episodes, so I did. I arrived & threw up in the parking lot. The eye doctor checked my eyes & said “this is neurological” suggested I go into the Emergency Room so I did, & I was with my mother. We went to the hospital & that’s how we got in contact with a great Neurologist in Pittsburgh Pennsylvania USA. The same doctor that diagnosed my other family members. I was then diagnosed with a rare neurological degenerative condition called Episodic Ataxia type 2 in 2009 at age 17. I never understood to this day, why tests didn’t show, but the doctor went by the symptoms & family history to diagnose. I was prescribed this medication often used to treat Episodic Ataxia symptoms called Acetazolamide & it had done wonders on me. The medication helped my debilitating symptoms of the disease. So how could tests not show I had this??? why does the medication used to treat it help?? I don’t have Cerebellum Atrophy according to my MRI?! I may never know the answers to these questions. Despite all the challenges in living with Ataxia. I have a lot to be grateful for. 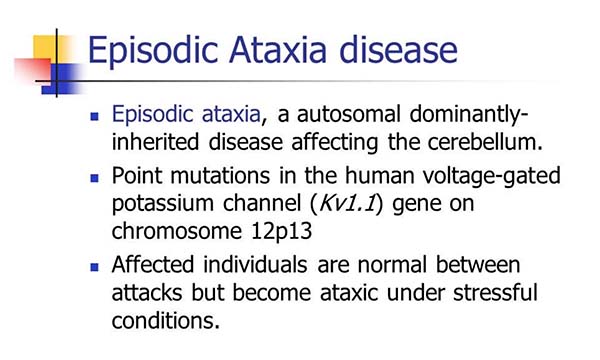 I was diagnosed with a rare neurological condition called Episodic Ataxia type 2, when I was 17 in 2009. It took a long time to get the diagnosis because doctors ran tests after tests & “Nothing “ showed. I was then just diagnosed based on my symptoms & Family History of Ataxia. I was put on Diamox often used to help the debilitating symptoms of EA2 & it had helped me. It has decreased the severity & frequency of the episodes & most of the time I’m episode free. So I still wonder to this day, why all the tests didn’t show that I have this. My MRI’s were considered normal but still have the symptoms of EA2 on top of the medication most often used to treat it helps.

Symptoms I have Experienced from Ataxia